With the nation still reeling from the shock of George Floyd’s tragic death, Temple Beth Or’s Rabbi Robyn Fisher wanted to reach out to the community in an effort to aid in the grieving process.  Working with TBO member and well known author, retired FIU Professor and activist, Dr. Marvin Dunn, the June 7 Compassion Caravan was born.  The John S. And James L. Knight Foundation provided funding for the event. It was also supported by Health in the Hood.

An overwhelming success, more than 200 cars and nearly 500 people joined the Caravan as it traveled through various historic points in Overtown and Liberty City. Dr. Dunn provided an on going description of the historical sites using Facebook live.  The response from the community was so overwhelming that police escorting the Caravan actually turned cars away saying they exceeded the police to car ratio.

Mt. Zion Baptist Church was the first stop on the Caravan’s journey where Rabbi Robyn and Dr. Dunn met up with religious, community and political leaders. Rabbi Robyn and other religious leaders led the group in prayer. Miami Mayor Francis Suarez also addressed the group and thanked Beth Or for organizing the event.

The Caravan made several stops as it traveled. At each stop flowers were left at makeshift memorials to black men killed by police violence.

We met Shanreka Perry, who at age 11, was the first casualty of the Arthur McDuffie riots 40 years ago. Ms. Perry was standing outside her home as a car, driven by tourists unfamiliar with the area and who were fleeing from the riots, accidentally hit her. Her leg was severed at the scene.  Dr. Dunn and Rabbi Robyn interviewed Ms. Perry at the Caravan stop and she expressed her thanks and continued desire for communities to come together. Ms. Perry was personally presented with flowers and many flowers were placed at the site where she was injured.

Arthur McDuffie was savagely murdered at the hands of four white police officers who stopped him for doing wheelies on his motorcycle after running through several red lights. McDuffie, 33, was a black insurance salesman and former Marine and had no police record. The police officers were acquitted by an all white jury in a subsequent trial held in Tampa.  Following that verdict, anger and frustration boiled over in the Overtown and Liberty City Communities resulting in a several days of rioting.  Tragically, 18 people died in those riots.

Dr. Dunn carefully pointed out that the trial verdict came after several other serious racist events had taken place in the community.  The not guilty verdict for all four officers was the proverbial last straw that ignited the riots.

The Caravan ultimately ended at the site where Arthur McDuffie was murdered.  Dozens upon dozens of flowers were placed at the site with several people commenting that while much has changed,  so much more needs to be done.  There is a movement to have a marker placed at the site commemorating the tragic event. 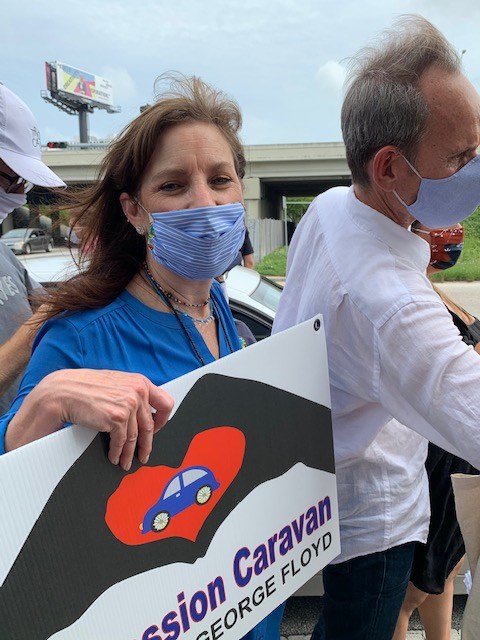 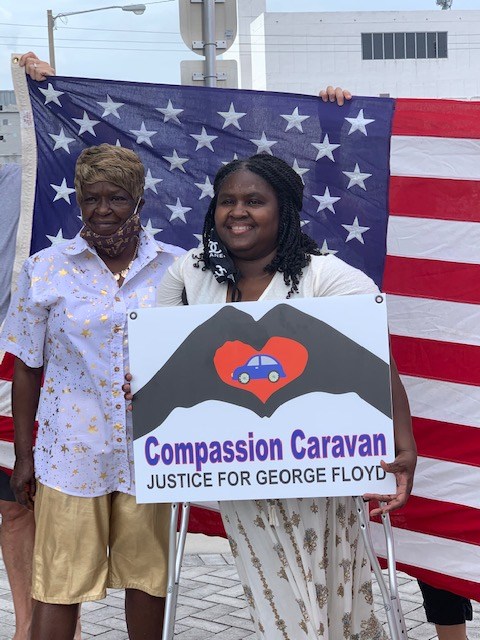 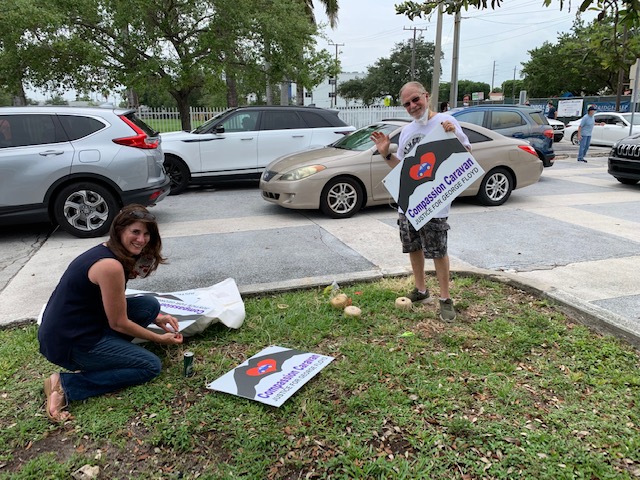 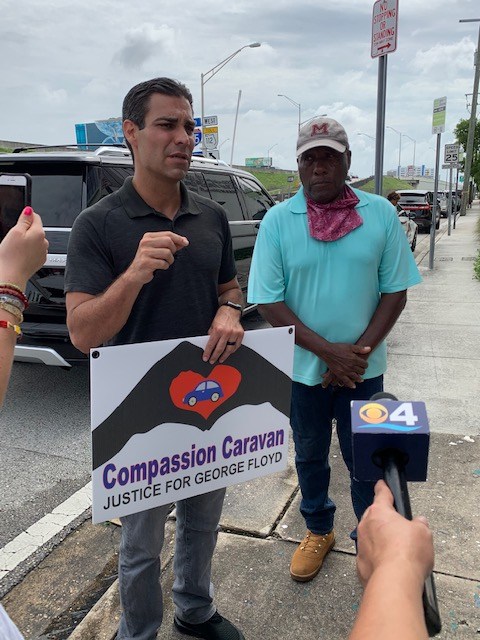 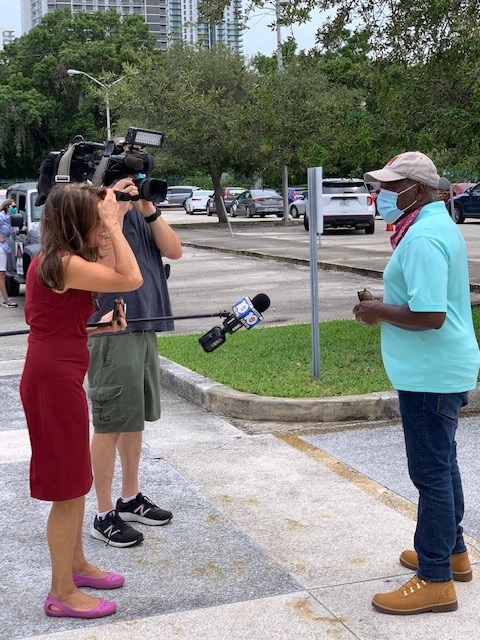 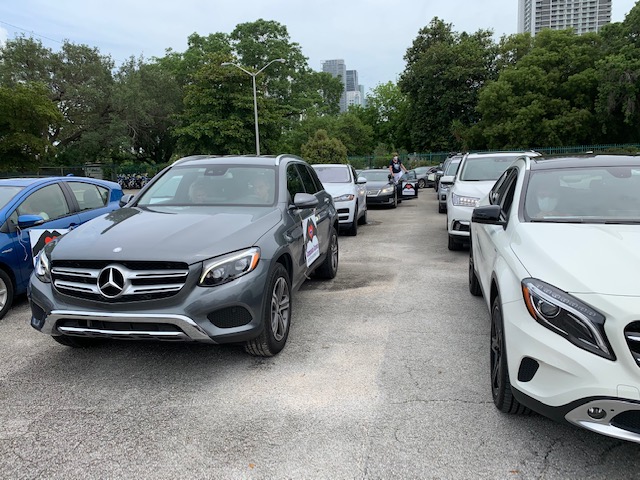 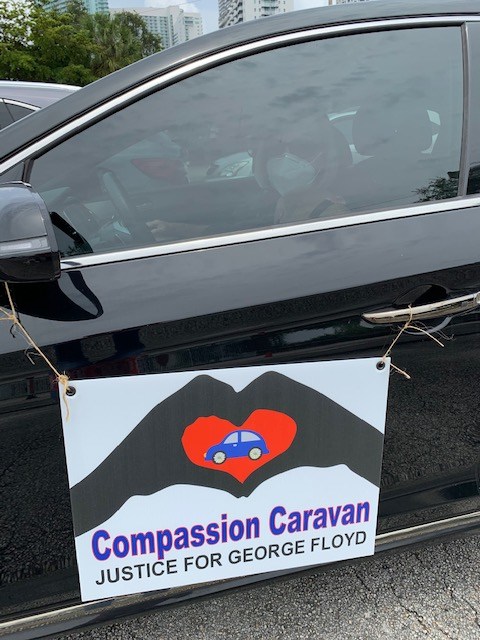 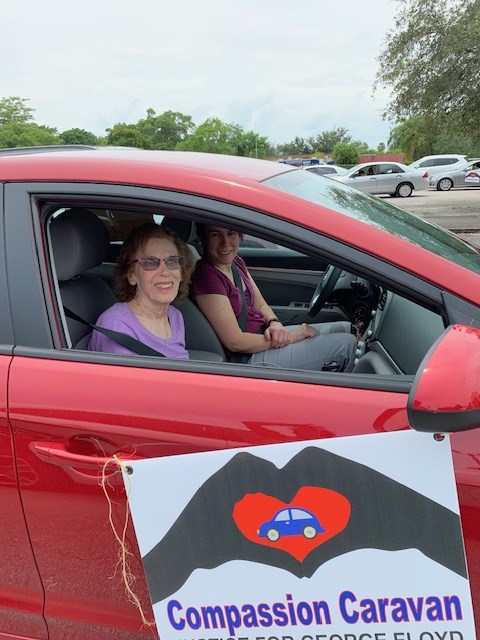 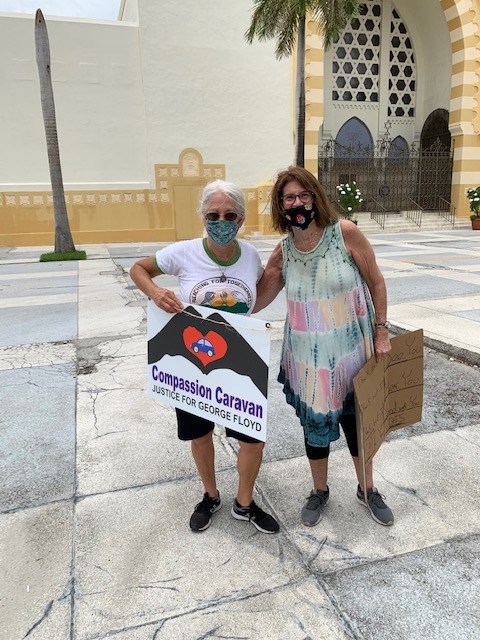 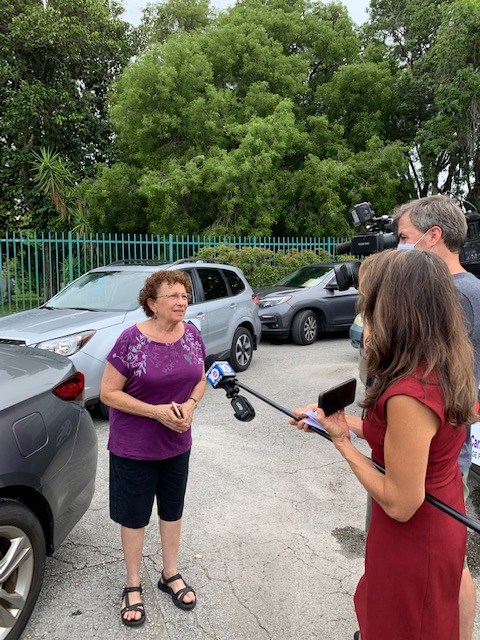